You need to read A Wrinkle in Time again if it’s been a while. Why the urgency? The movie is coming, the movie is coming! I don’t mean to sound like a librarian-chicken-little, but seriously, this is a seminal work of fantasy and it’s coming to the big screen with BIG actors and special effects in March 2018. HOW CAN YOU NOT BE REREADING IT RIGHT NOW? I always try to reread a story before the movie to get the most out of seeing it. My friends and family may point out that this only makes me very annoying in the theater as I list major discrepancies (“Frodo would never say that to Sam!”* ).

Admittedly the danger of reading it just before a film release will be that you will question casting choices. The three wise, elderly women of the novel will be played by younger women- but what women they are! Oprah, Mindy Kahling, and Reese Witherspoon? WOW.  Even Oprah is impressed.  They have dramatic and comedic credits,  important for the role of gentle aliens trying to recruit children to a dangerous crusade against evil. The character of the Happy Medium, a woman depicted on the cover of the 1980’s editions of the the book, will be played by Zach Galifianakis.  Slightly different than I pictured while reading but I am sure that a comedic break in the dangerous scenes will be fun for audiences.

As I reread A Wrinkle in Time I smiled at things that will seem so outdated to children today, but seemed quite normal to me as a child. Calvin has to use a landline to inform his parents where he is for dinner,  Mrs. Murray prefers a liverwurst sandwich, and dated jargon** in the dialogue will seem odd to some today.  Be prepared to define the word tramp very specificly. We don’t make cocoa on the stove and the modern ready packets never allow a “skin” to form on the top of your milk.  Thankfully, a female scientist as brilliant as Mrs. Murray will not seem unusual as it was when the book was published (also a Doctor Murray like her husband). Perhaps the reason L’Engle made the character a microbiologist and beautiful was to focus attention on the reality of women having both.  Her beauty also serves to highlight the protagonist Meg’s dissatisfaction with her own appearance and place in school. Every adolescent can identify the challenge of feeling accepted and fitting in. Meg’s irritation with “not belonging”  is one we can all relate to at some point in our lives. In fact, when Meg has nothing but trouble at school and with peers some of us feel like maybe we don’t have it quite so hard.  Even her anger at her father for failing to protect her brother is relatable to teens, who isn’t mad at their parents in middle school? While the book explains Meg’s anger very well as an effect of the Dark Thing’s influence the movie will have to make sure viewers understand she isn’t just a screaming brat, but damaged by her experience.

This novel has resonated with readers across many generations, and like all beloved books will be a challenging one to portray in a movie.  The cast and writers seem to understand that, and I am a hopeful the film will honor the work’s best characters and scenes. I want to see Aunt Beast!  I can’t wait for the popcorn and the lights to roll!

Covers I remember seeing (since I am old)…

*I still stand by that one.

**My favorite out of date sayings included, “The whole thing smells!” I know this may be taken quite literally by today’s readers but Calvin just meant that it was a strange and fishy situation. Meg referring to a wandering homeless person as a “tramp” should be fun to explain. Meg’s “dreamboat“ eyes may also illicit some questions.

Teacher-Librarian and Google Certified Trainer who loves all books, paper and electronic (fantasy books especially) and eating ice cream and cupcakes. Have any of those? Stop on by. View all posts by Ms. P.

What do you think? Cancel reply

#snowdayintexas
yea it’s going great with not being able to go out. at all.
smiling through #cedarfever
first #snow in years! #catchingsnowflakes 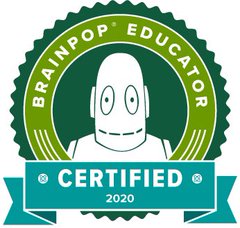 I edit a student newspaper created with gsuite- click to read an issue!